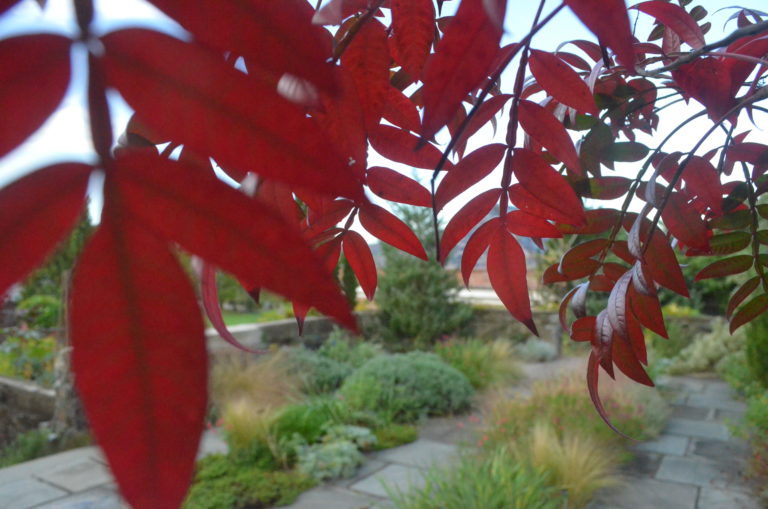 The shining, or winged, sumac (Rhus copallina) is native to eastern North America and is often found in large colonies on hillsides and along country roads. It is a spectacular sight in autumn when its glossy, dark-green foliage turns to an exquisite mix of orange-red and burgundy.

Although smaller than its cousin the staghorn sumac (R. typhina), it is not a plant for a small garden: A multi-stemmed shrub, it spreads aggressively. Ours is situated between the Dry Garden and the Alpine area and would attempt to take over both, were it not confined by the surrounding stone walls!

The glossiness of the leaves gave it the name of shining sumac while the other common name, winged sumac, comes from the narrow, wing-like growths along the sides of the central stem (the rachis) of the compound leaf.

Taxonomical purists insist that the name should be Rhus copallinum, but botanists, gardeners and nurseries have always used the feminine copallina. Linnaeus, it seems, wrote it both ways in his original descriptions. It might be a while before the corrected version becomes universally accepted. 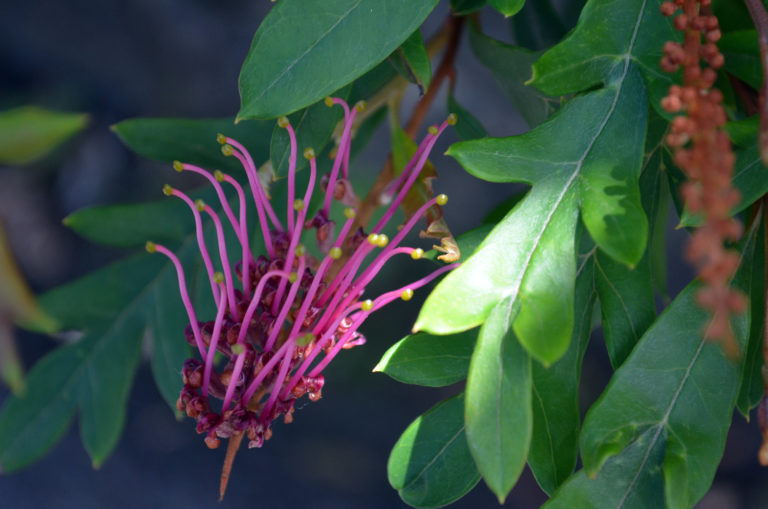 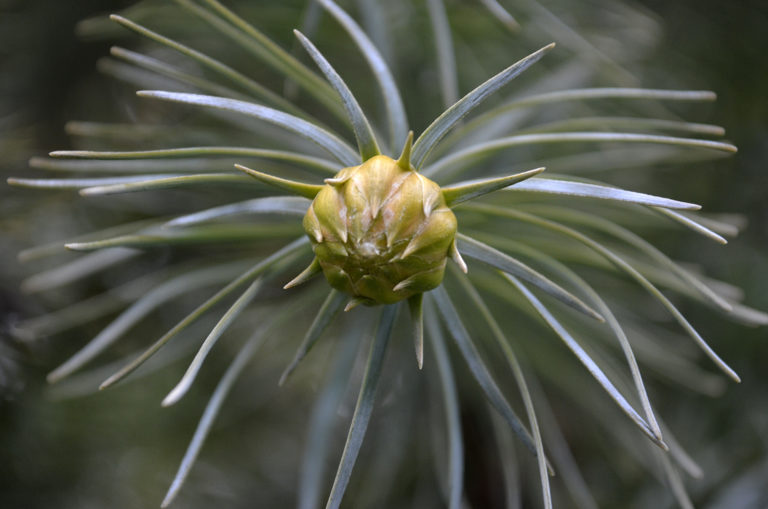