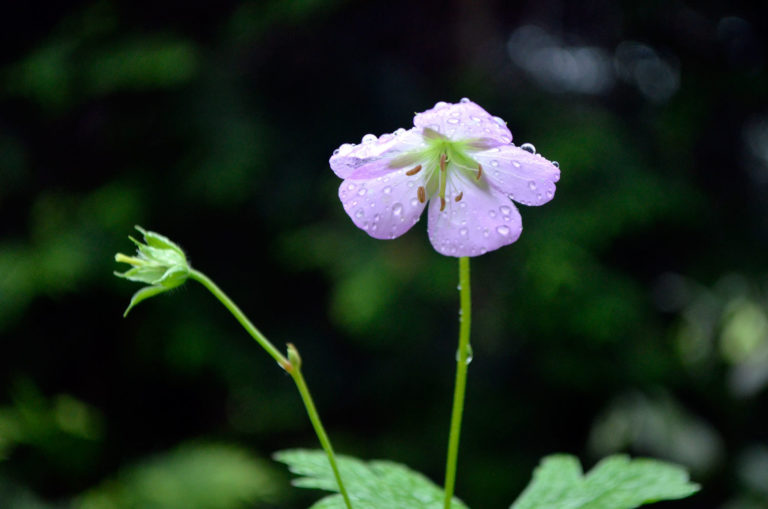 Among the many woodland-dwelling plants blooming now in our Shade Border and Herbert & Hyonja Abrons Woodland is the native wild geranium (Geranium maculatum). Several clumps can be seen there and identified by their pale or deep-pink flowers peering over finely cut, light-green foliage.

In the wild, this species is commonly found in wooded places across much of eastern North America, and might even turn up as a welcome volunteer in gardens.

The summer bedding plant commonly called a geranium is related but is actually a separate genus (Pelargonium), and originates from South Africa. The wild geranium is grouped with other winter-hardy species, mainly from Europe and North America.

They are called “hardy geraniums” or “cranesbills” because of the bill-like shape of their seedheads, which appear shortly after flowering. Geranium comes from the ancient Greek geranos, a crane. 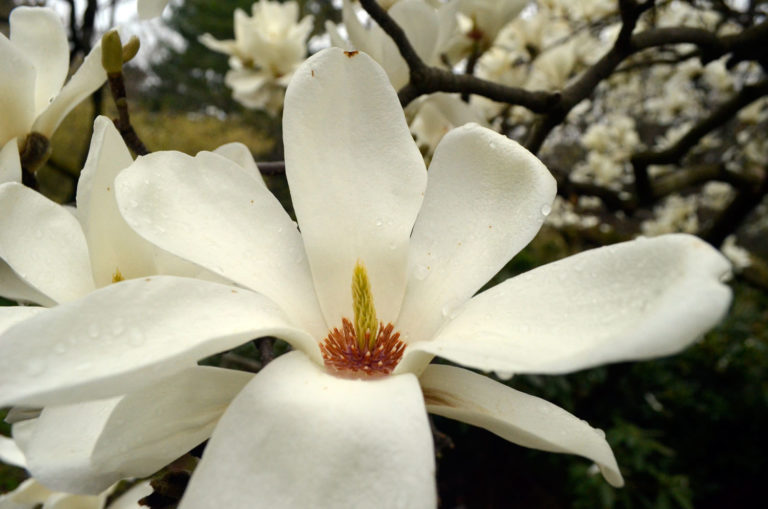 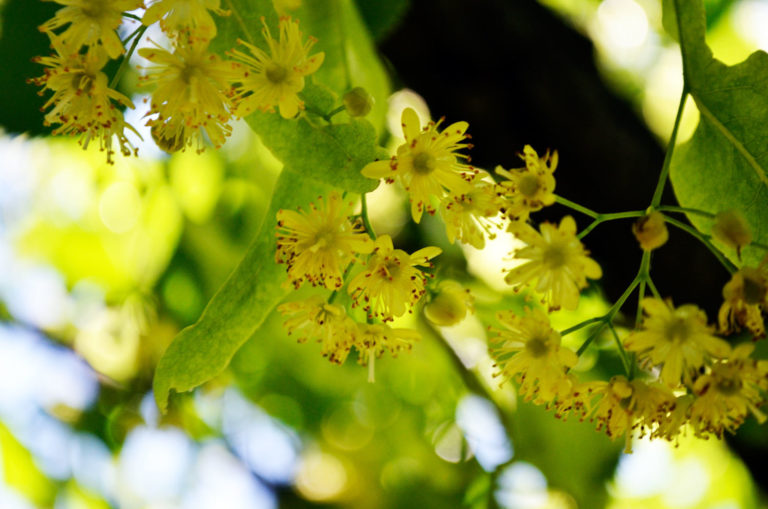